Him: You’re so pretty but I’ve never talked to a big girl before.

Me: I’m sorry did you think this was your opportunity?

“What in the heck is he doing?”

“Girl, this his third time circling this counter.”  My coworker Justine spotted dude last week checking me out.

Working for MAC, we often got creepers who shopped through pretty girls like meat. I swear men were worse than our customers. Customers would literally scan our faces as they approached the counter. Now, when you’re well into your 8th year as an artist, you become a master at predicting their thoughts because their body language tells every time- it’s hilarious but weird as hell. It’s like they used some type of laser alert radar to scan each & every MAC artist at record-breaking time- 2 seconds. This is how they determine who they want to help them and usually they want a miracle.

“Hi, I’m Drew Carey. Can you make me look like Ashley Graham?”

Trust, the weekend madness was real. So, dude in the cut wasn’t alarming as long as he stayed his distance.

“When did Ruby Woo become so expensive?”

Customers got on my last nerve with price amnesia.

The last time you bought it, I thought.

I replied, “Oh, I’m sorry you weren’t aware. We had a price increase in January, hun.”

But she knew this when she came in three weeks ago to purchase Heroine lipstick. As my customer stepped away, I kept a smile plastered to my face- all 32’s on deck! Had I not kept smiling she would have turned around and saw my real thoughts about her stupid question written all over my face.

All I could think was Lord don’t let this nigga come this way. At this point my face is beginning to hurt because I’m still holding my ever so fake smile. I lowered my head pretending to look down at the appointment book.

Hearing the discreet yet urgent call, Justine slides in beside me and pretends to look at the appointment book too.

“Girl, naw! He just need to come over here and holla at chu. He looks real right mami.”

Pause. Let me give you a little tea on Justine. Justine is my little Puerto Rican and Columbian work friend who’s married to Marcus- a black man. They met during their master’s program at UIC. They eventually got married and had four beautiful children. Here’s the kicker; of the four kids Marcus thinks he has, he only actually has one! Then to add insult to injury, the other three, each have their own daddy. Justine running her own area code grid. In so many ways she’s fearless, nothing shy of a salvage. I can’t fathom how she keeps it a secret. Every time I ask she says:

“Girl I ain’t trippin, and I’m far from stupid. Marcus ass been cheating since we got married. I feel it in my gut he has other babies out there, it’s just a matter of time until I meet them. As long as he has a secret, I have one too.”

Some may say she plays the game and plays it well and I get that, but the way I see it; “The best way a woman can be a star player is to not be a part of the team-married or not.” This is a prime example of kinetic energy; Thot behavior is transferred pain.

I love her to pieces, but there is so much more about me she doesn’t know. Like, how much of a dignified plus size gem I am. As a plus size gem, I trust in every piece of wisdom I own when it comes to men and dating so I don’t have time for games.

Leave it to Justine, I should jump dude’s bones because he’s fine, but I think NOT! Grant it, he is a masterpiece. God did that! Chocolate skin like Lance Gross, body like Reggie Bush, bearded like Drake, and an aura like Idris Elba. I gotta give it to brotha; He’s a panty wetter at first sight, but what’s the point of having the power to wet them, but powerless getting me to drop them? I bet you think I’m crazy not wanting him in my space like that, right? I figured….

Curvy ladies, a man like this does not need the confidence to approach you or anyone else. His good looks are key to him. He has 99 problems and rejection ain’t one. The mere fact he approached my counter 3 times conspicuously makes him disingenuous. You have to question his behavior; Does he want me to notice and approach him first? Does he lack leadership abilities? Is he scoping the scene to see how gullible I might be? Perhaps he was at Laura Mercier flirting with one of them and don’t want to be caught slipping? Whatever it is, I’m not here for it. Ladies, your gut won’t lie to you if you don’t lie to your gut.

I want a man who approaches me, like it’s his last chance because he’s paranoid the next man might be on his heels. He’s smart to think he doesn’t have time to waste. There is something about a man that goes in for the kill, whether I spotted him out or not- that’s what I call sexy. This means he’s not seeking attention more than he’s interested in showing it. Besides, the type of man I like would never expect a woman to follow up . . . unless he shows up.

“He too cute and he had on grey sweats the otha day. You saw that? cus I did!”

Justine laughs aloud as we disperse from behind the register to do some work. I’ll restock the Chestnut Lipliners, while you handle all the Fix Plus sprays.

“Girl this nigga is walking this way!”

I professionally replied, “Hi Casin, I’m Shenell. Is there anything I can help you find?”

“Kind of,” in an unsure voice. “I just wanna say I admire how beautiful you are.”

“Well thank you, Casin. That’s very kind of you.”

Justine goofy butt walks pass me and discreetly pinches my booty as she whispers, “Told you.”

Immediately the room closes in on me. It was like I got teleported into la la land of confusion. It was just me and my thoughts…

Oh wait, did this- naw- he musta thoug- ok he just dumb as hell! (okay I’m back)

(Justine in shock, drops all the Fix Plus sprays to the floor).

“Casin, I’m sorry, but did you think this was your opportunity?”

“Well let me tell you how it is. I’m so sick of you pitiful, poodle bearded niggas coming up here lurking for cement booty thots and low self-esteem plus size women. Truth be told, you and I both know I’m built just like your mama and grandma, you know this thickness well son and your daddy does too. Speaking of your family, the only difference between me and them, they love you- I don’t. This “big girl” will have you giving me your heart today and cutting your wrist tomorrow. Also, do me a favor, stop wearing those grey sweats. . . you look like a toddler.”

Honey, this is 2017. (When I actually wrote about my experience) You are not a prisoner of your body! Any man who approaches you like he’s your gift to a better life has given you the right to treat him to no end. Treat him so good, he kills himself and leaves you directions on how to rid his body. Just saying- I’m done! 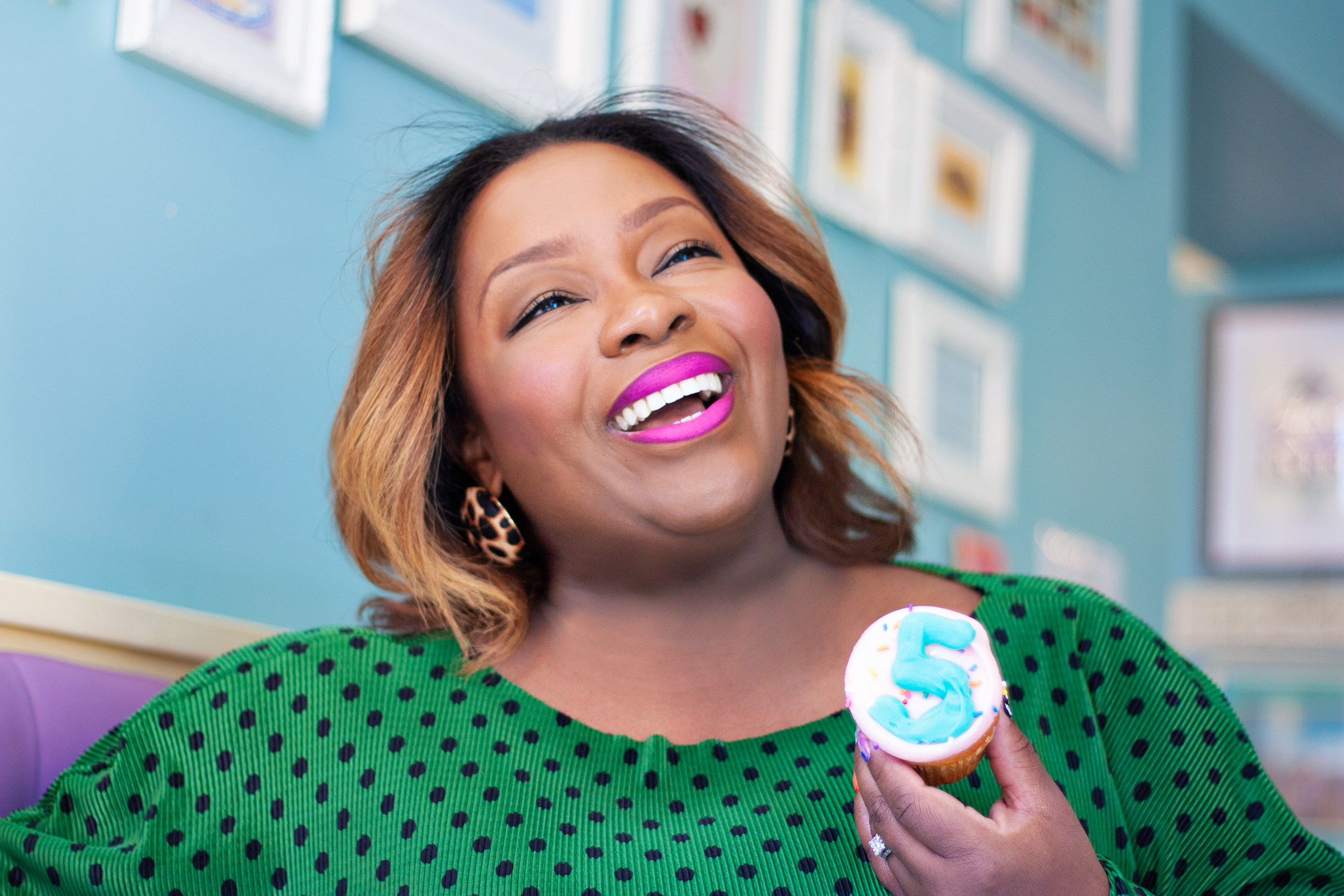 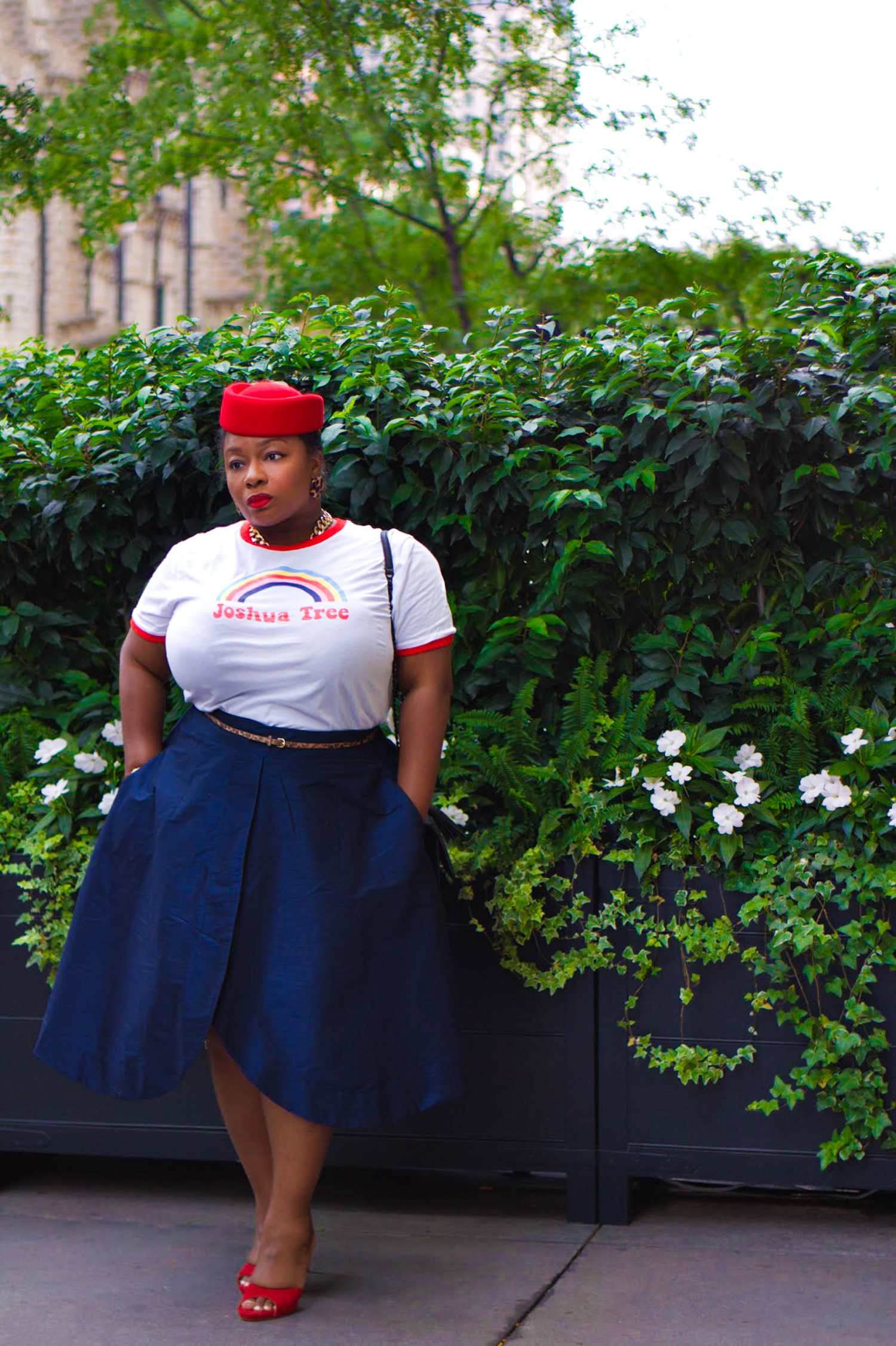 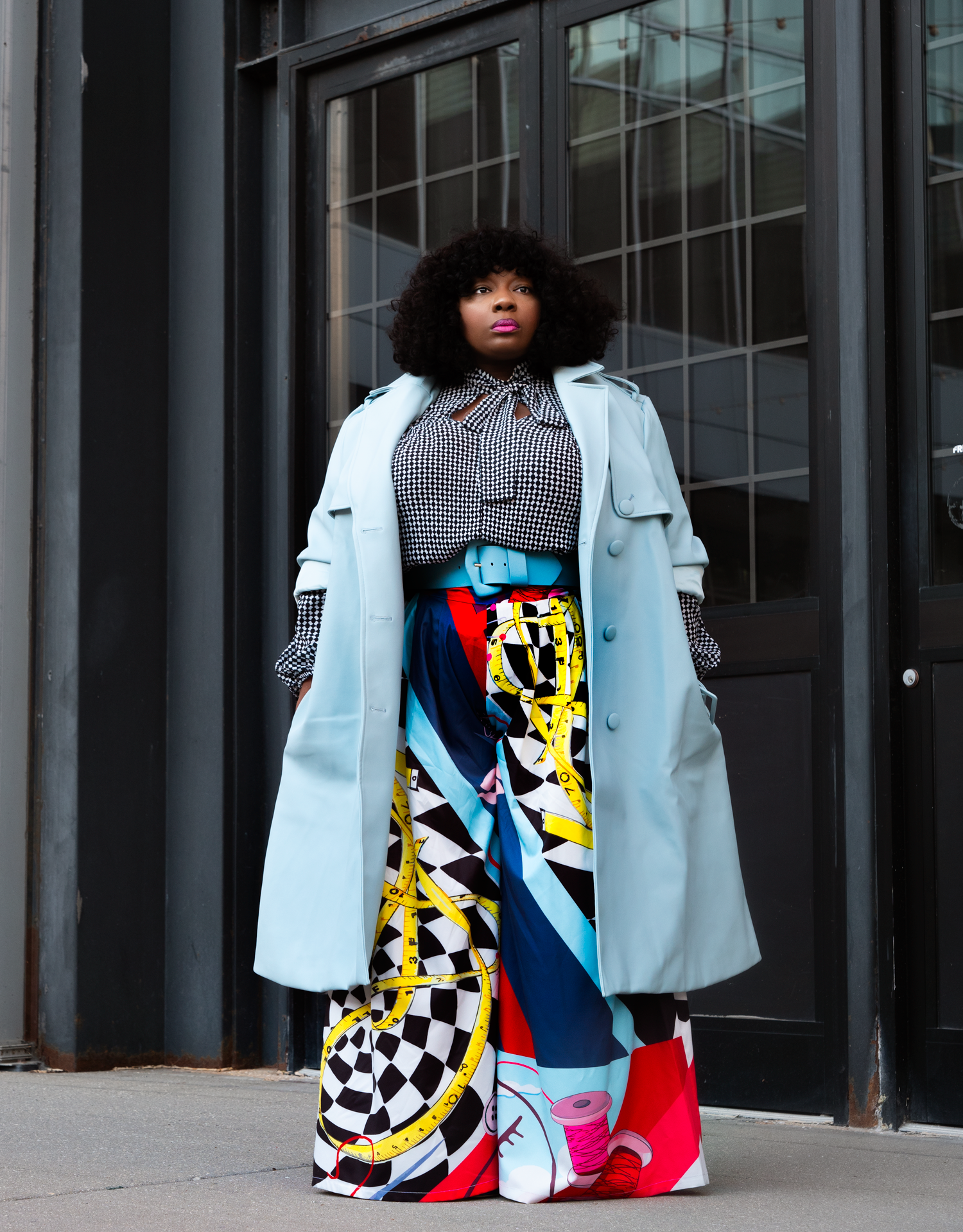 Rhythm In The Mix 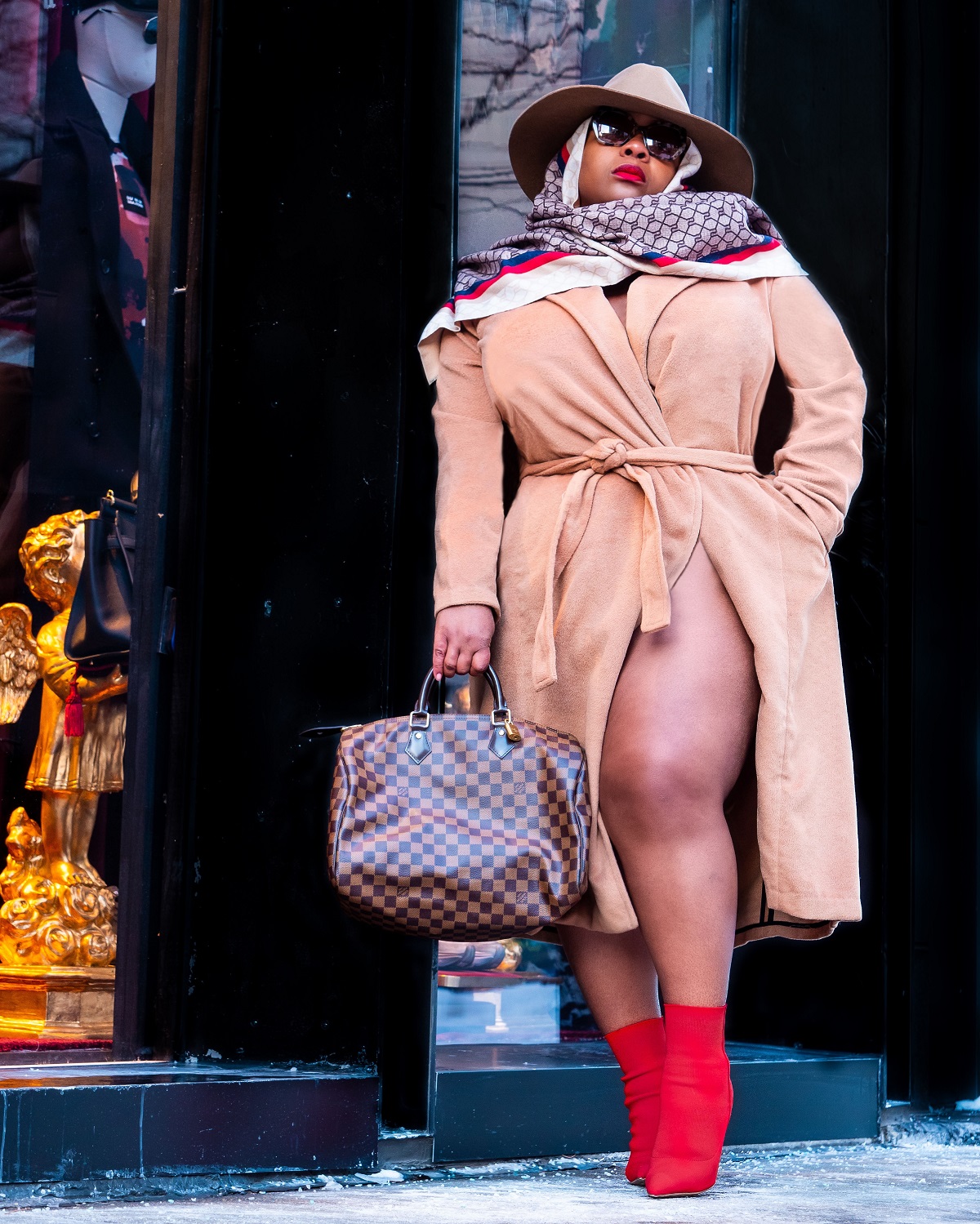 My Outerwear Is My Outfit 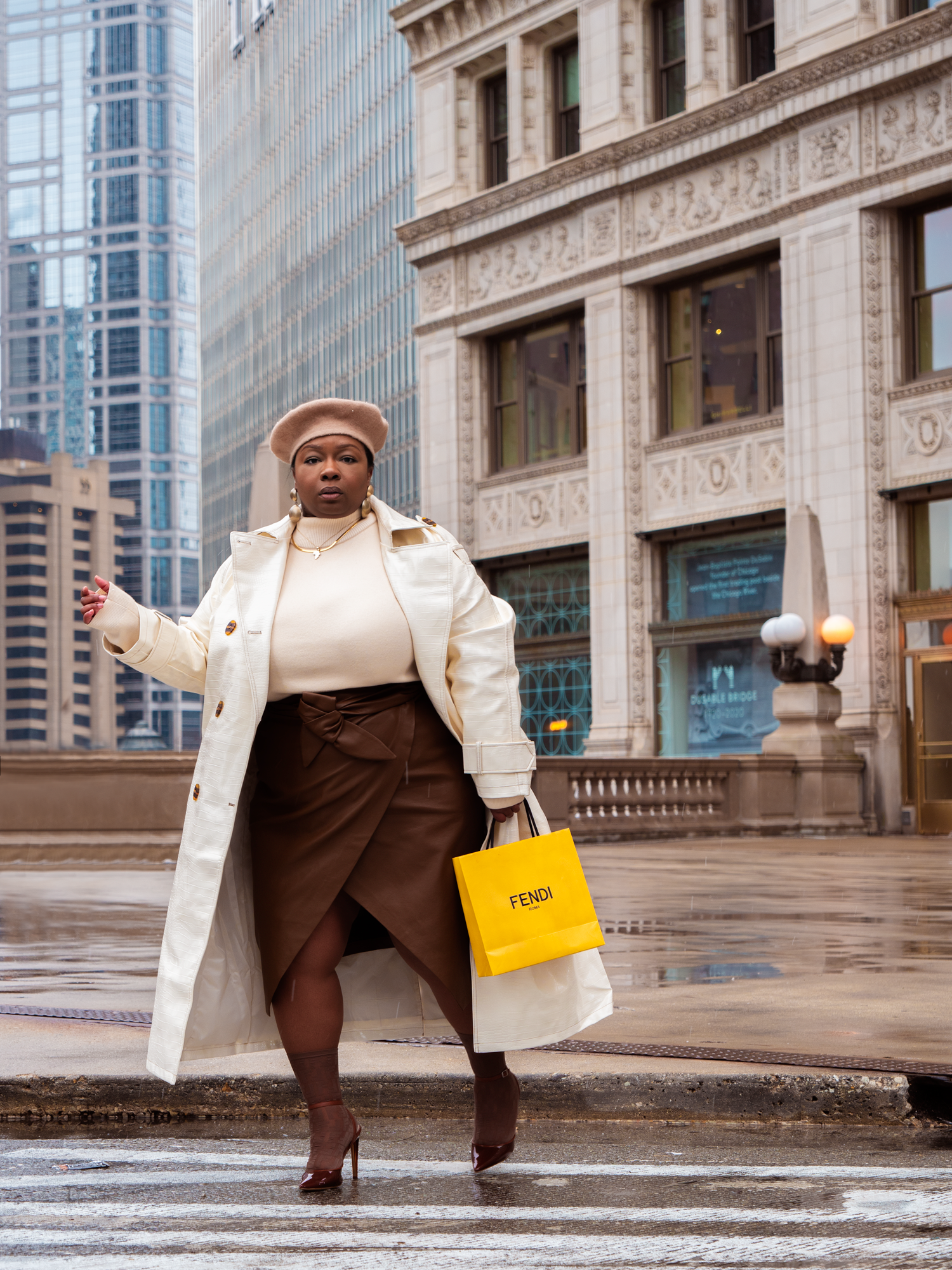 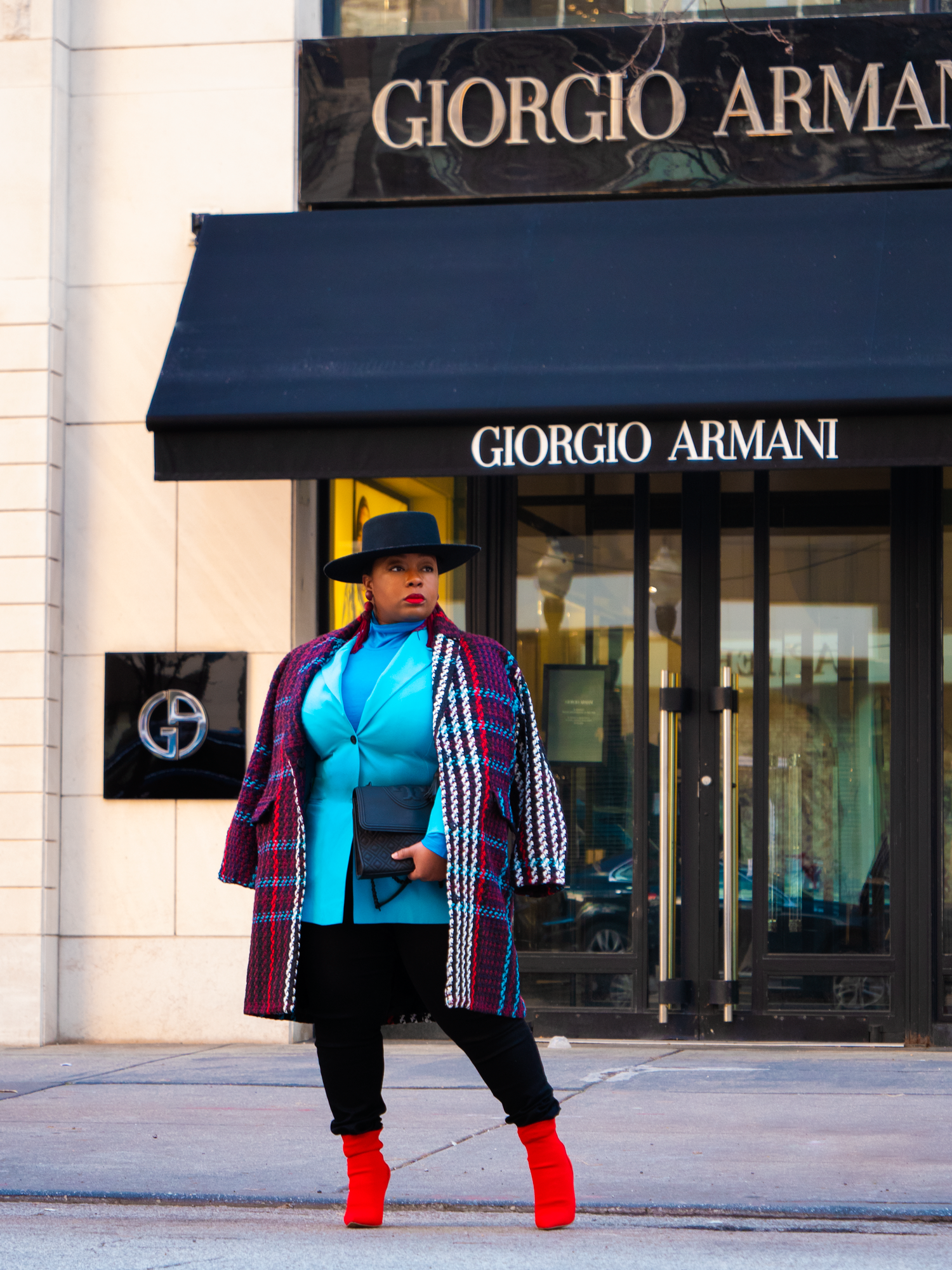 Nothing To Be Played With